From Porter to Make Ready, David is MOVING UP!

The beginning of each New Year is when most people focus on their Resolutions and start to eat better, work out, quit smoking, read more books or even learn a new trade. The list can go on and on. The beginning of this New Year for Venterra will be the start of a new resolution highlighting one employee each month who recently received a promotion. What better way to start out the New Year than EMPLOYEE RECOGNITION?!

In January, Venterra promoted 6 people over the portfolio and David Rojas is one of them. When I asked David Rojas to tell me why he was the top contender for his recent promotion from Porter to Make Ready at Signature Ridge in San Antonio, TX he said: “I work extremely hard. It doesn’t matter how big or small the challenge, it’s about the willingness and determination to get the job done. For me, it’s not always about the size of the dog in the fight, but rather the size of the fight in the dog. Venterra is awesome!” I most certainly agree with him! No wonder he was promoted!

I asked Aaron Leal, Maintenance Manager, to describe David in 20 words or less and his response was short and sweet:

“Determined. Dedicated. Quick to learn. Go Getter. Volunteers to help whenever he can.” I could tell Aaron was very happy for David in his response, as was the Property Manager Teresa Heeney. “I couldn’t have said it better myself!” she proclaimed. “We are very proud of him.”

David joined the Venterra team during the summer of 2011 very soon after the take-over of Signature Ridge. In his free time, he enjoys playing basketball with friends. Congratulations on your new promotion to Make Ready! We are excited to see your bright future! 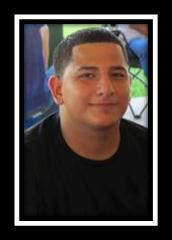