“In January, following the Southeast Region’s Annual Kickoff event in Atlanta, Jeremy and Shawn headed back to Tuscany at Lindbergh to check on the property (since it had been closed that day).  While in the office, there was a message on CallMax (the property’s answering service) stating that a fire alarm was going off in one of the buildings. Jeremy and Shawn were met by the Fire Department after which they found the cause to be a small kitchen fire.  They rushed up to the apartment to check on the residents and make sure they were okay.  When they entered they found a much shaken mother and her two teenage daughters.  The mother had been working late and received a panicky call from her daughters.  The two girls had been cooking dinner and it caught fire. Although there was only minimal damage, since it was a weekend, the resident’s insurance company would not be able to come out until the at least Monday to assess the damage.  Shawn asked the residents if they had eaten dinner (since there’s had been burned).  The mother told Shawn that they were actually about to head out to get something and try and calm down from the shock.  Shawn escorted them out of their apartment and told them to hang tight; he needed to get something out of his truck.  Shawn returned with $100 in gift cards that he had just won earlier that day at Kickoff.  He handed the gift cards to the mother and told them to have a couple of nice meals on us until their kitchen was functioning again.  The residents were blown away by Shawn’s sincerity and that the property would take care of them like this.  And what is even more amazing is that Shawn used his own gift cards, instead of utilizing the property’s WOW budget.”

When I first read this story in January, I was completely blown away.  First by Jeremy and Shawn’s willingness to check on the property on a Friday night (from being closed that day), and for Shawn’s sheer selflessness.  He didn’t think twice about helping these residents and he sought immediate action by offering up his own gift cards.  This story is only a small glimpse into the giving personality and genuine attitude of Shawn.  I’ve had the privilege of getting to see Shawn in action and it’s always rewarding.  He brings a smile to those around him and knows how to make people laugh.

Reading and hearing of stories like this is contagious.  It creates a warming feeling that makes me want to try harder and be more observant of how I can help others.  The best way to repay kindness is with kindness in return.  For Shawn’s selfless actions, we decided to WOW him in return and replace the gift card that he gave away. 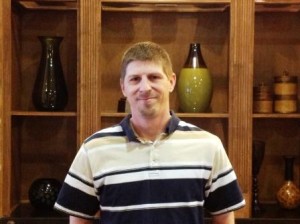