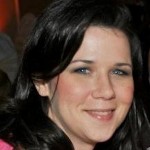 Over time I was promoted to larger communities and recognized with awards for Property of Year as well as Team Player and Financial Achievement awards. By gradually taking on more responsibilities, I was able to broaden my skill set and move into my current role as Regional Manager. Having witnessed the progression that Venterra has made over the years and to be a part of it all is exciting. Our advanced technology, intense focus on customer service, the drive to build great teams and invest time in our people, including myself, over the years has made us what we are today. There’s no place like Venterra!