Employees Get WOW’ed Too! 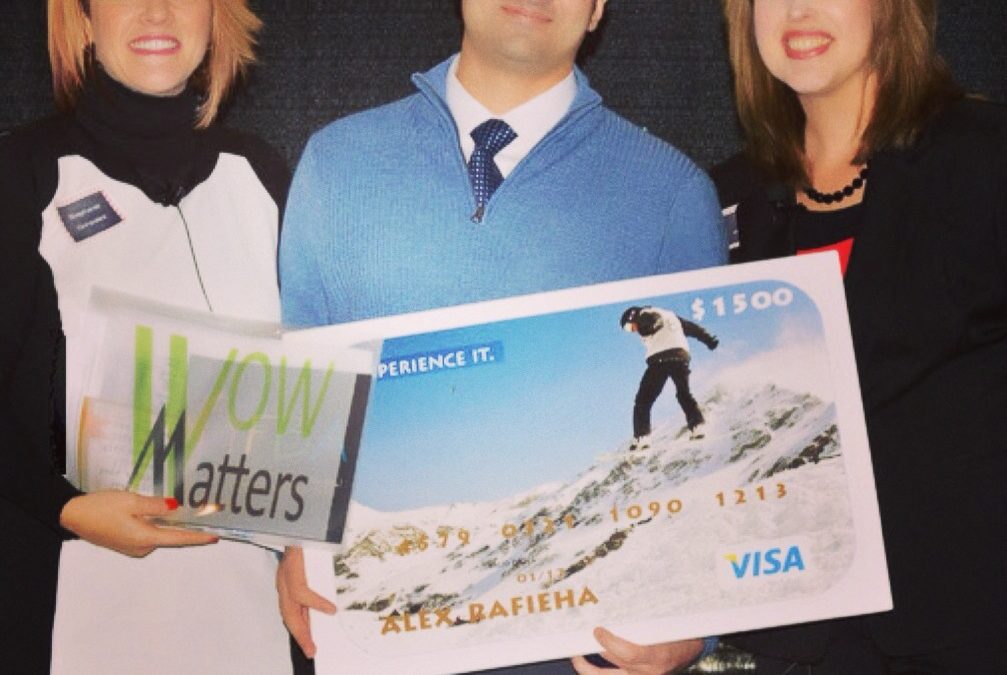 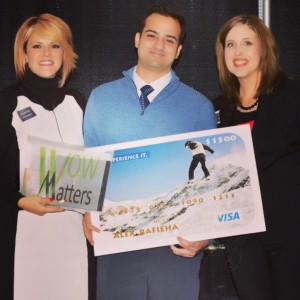 Alex Rafieha gets WOW’ed in return for Wowing our residents.

We started our WOW Matters focus in 2009 with the goal of doing big and small thoughtful acts of kindness to wow our residents and prospects and make a difference in their lives.  In 2009, when WOW Matters was implemented, we had a total of 453 WOW stories submitted. This number tripled in 2010 and continued to grow more and more in 2011, 2012 and 2013. After 5 years of WOW, we have more than 7,300 WOW moments and stories in our collection.

In 2013, the stories we saw were different than in years past. They began to have elements of us making personal sacrifices to WOW someone beyond making a purchase. As I continued to read the stories, it became clear that we had entered a whole new level of engagement for WOWing and caring for our residents. Story after story I was reading about how we gave of ourselves and of our time. I am beyond proud to work amongst such thoughtful and caring people.

One story that stands out to me from 2013 is a story about how one of our employees, Alex Rafieha edited and combined videos of a resident’s son playing basketball. He did this on his personal time and created a highlight reel which ultimately resulted in the resident’s son receiving a college scholarship. If you’ve ever edited video, you know it’s extremely time-consuming and I am humbled by the story every time I talk about it; so it makes sense to share it with you.

Ms. King had been a resident at the Wilshire Place Apartments for about a year when Alex, the Property Manager found out she was struggling to present colleges and universities with proper footage of her son playing basketball.  After editing together a highlight reel, Alex also taught Ms. King to upload videos so that her son could be scouted by a university. When her son was accepted to an NCAA athletic conference private university, Alex and Venterra Realty went even further and assisted Ms. King’s son with his move to Pennsylvania.

We were inspired by this story and wanted to give back to Alex because of his thoughtfulness and generosity for our residents. We decided to WOW him! With the help of those close to him, we surprised him right before he went on vacation by upgrading his accommodations and providing him with $1500!  Looks like he put it to great use!

If you truly want to make a difference in people’s lives, come work with us. If you’re looking for an apartment, choose a Venterra Realty community. You’ll be glad you did!